Reports earlier on tonight from The Guardian suggested that AS Monaco were offering Falcao to Manchester City for a fee of around £55 million.

Does that mean Real Madrid don’t want to buy him? This would seem strange after they managed to scam Manchester United out of £59.7 million for Angel Di Maria. With Falcao in their line up, they would be the best team in Europe by a mile – although I suppose they could feel they have too many attacking superstars, with Cristiano Ronaldo, Gareth Bale, Karim Benzema and James Rodriguez all at the Santiago Bernabeu.

So that’s were we are, so we thought. Now The Guardian suggest that Arsenal could be in the running for Falcao, and all Arsenal fans know the pain from yesterday when the BBC were duped by a fake David Ornstein Twitter account and reported that Arsenal were in discussions with the Columbian striker for a £20 million one-year loan deal.

The problem Manchester City have, although they are keen on the striker, is that they are concerned about being within the FFP regulations. Reports suggest they would need to sell before they can buy, with time against them. Maybe Arsenal could put in an offer for Edin Dzeko? Who knows what’s going on behind the scenes.

The reports about Arsenal being in for Radamel Falcao are far from being based on any real evidence, with all of the major news outlets putting two and two together and getting five. The “reason” why Arsenal are in for Falcao is because of the response of Arsenal fans after the disappointing defeat to Leicester City this afternoon, and the poor performance from Giroud’s replacement, Yaya Sanogo.

The fans are far from convinced that Sanogo can filled Giroud’s shoes with any real competence and believe Arsenal will struggle without a top class striker.

But when has Arsene Wenger ever listened to the fans?

The only way Arsenal will sign Radamel Falcao is if the higher ups at the football club don’t trust Arsene’s judgement and bring him in without his consent. We saw what can happen two summers ago, when Arsene lost 8-2 at Old Trafford and brought in Andre Santos, Per Mertesacker, Park Chu-Young and Mikel Arteta. Even though Mertesacker and Arteta have done well for Arsenal over the subsequent years, you cannot say categorically that they were all Arsene Wenger signings.

So what does the next 24 hours hold for Arsenal?

We are all either going to be hugely disappointed when no-one comes in, or we are all going to be massively surprised when a player like Falcao or Cavani rocks up at The Emirates.

And if it does happen, like with Özil last summer, you will have to wonder if it was all planned just to get the Arsenal fans excited and giddy for the new season.

Like last season, it would give the club, the fans and the players a huge lift, so who knows? 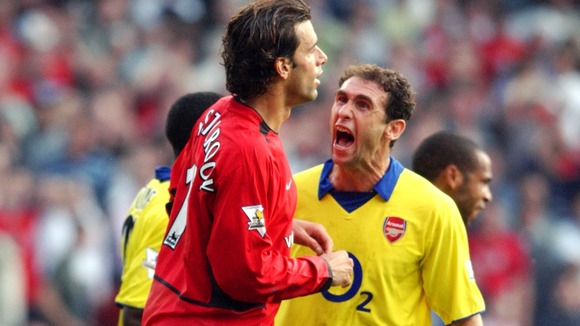 5 thoughts on “Can Arsenal Pull Off The Falcao Deal?”