Arsene Wenger has given us Arsenal fans so much happiness over the last 20 years. We’ve also had some lows, such as the Champions League Final in 2006 and the FA Cup Semi Final in 1999 (I never cry but I did on those occasions) but overall, we haven’t had it too bad considering. Yes, we’ve had some barren spells in the second half of Arsene’s double decade but it shouldn’t take anything away from the great achievements he has managed to bring to the club.

So to celebrate his amazing reign at the club, I every day I will be posting my greatest Arsene Wenger moments, counting down today with number ten. 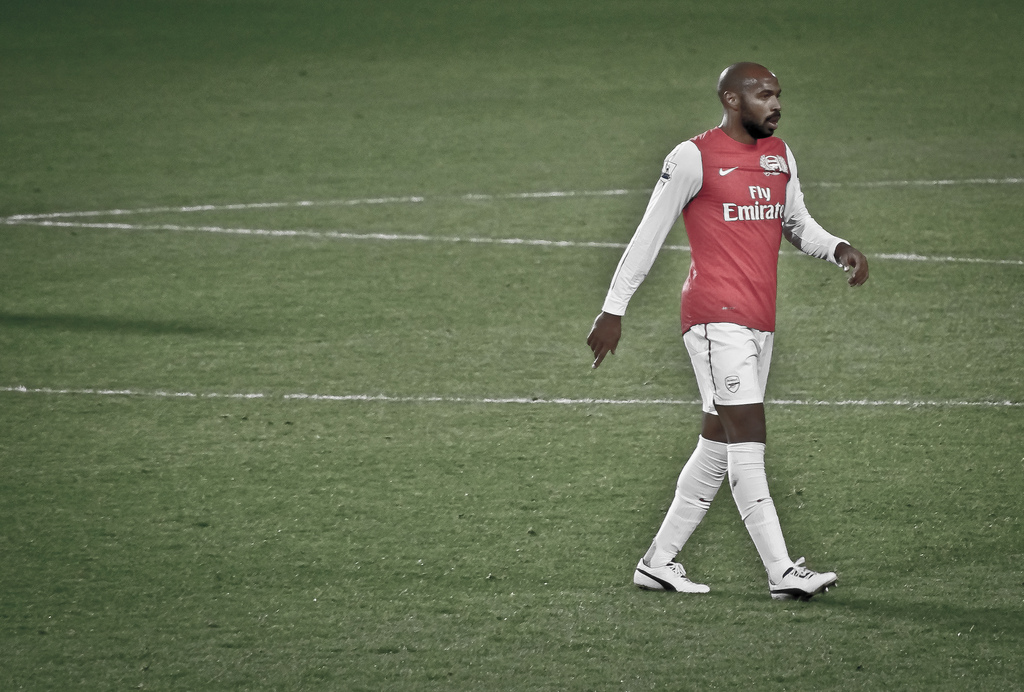 10. Thierry Henry’s Return To The Emirates

This is one of those special moments you know most football supporters will never see in their lifetime.

How many football fans would get to see one of their greatest ever players, return and make an impact like that? It would be like Eric Cantona going back to Old Trafford, Kenny Dalglish going back to Anfield or David Bentley going back to White Hart Lane. When a legend like that returns to the club, it’s a special moment – but when they come on in front of a packed crowd and score the winner? It’s truly magical.

Thierry Henry trained with Arsenal (like so many former players have done to maintain their fitness) over the winter period while New York Red Bulls were having a mid-season break. He signed a 2 month loan deal, partly due to the participation of Gervinho and Chamakh in that seasons African Cup of Nations.

Against Leeds United in the FA Cup in his second “debut”, Henry came on as substitute and shortly after coming on scored a typical Henry-esque goal, which proved to be the winner. The crowd at The Emirates went insane and rightly so – what a moment! Arguably Arsenal’s greatest ever player, who we thought we’d never see at the club again, came back to win another game for Arsenal. To top it all off, he scored in the league against Blackburn (I think it was) and then on his last ever game for us, against Sunderland in the league.

You couldn’t have written the script for this and it was one of those moments in Arsene Wenger’s reign which re-wrote history books and gave Arsenal fans a truly unique memory to savour.

The man who smashed all kinds of goal-scoring records somehow managed to add to that tally, and the goalscoring record at Arsenal stands at an unbelievable 228 goals.

So thank you Thierry Henry and Arsene Wenger, for that little bit of nostalgia and history!