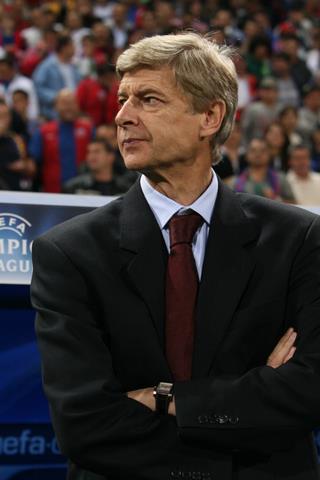 It’s no secret that Arsenal fans are divided over Arsene Wenger and whether the long-serving manager should be kept on at the Emirates. And it’s also common knowledge that this site has always given unwavering support to the man that has done great things for this football club. Now nobody’s saying that the current situation is ideal, and it’s true, Wenger has his faults. But at the end of the day, it will be the board that decides on the future of the three-time Premier League winner, not the fans. So wouldn’t it be more productive for everyone to just get behind the club? And if Wenger does remain at the helm, shouldn’t we give him our support?

Has anyone stopped to think that perhaps the reason for this slightly disappointing season is partly down to uncertainty over the futures of key figures at the club? Wenger went into the current campaign knowing that it could be his last at the club he has called home for the past twenty years. Imagine being in his shoes, and having that feeling of insecurity hanging over you as you also seek to bring glory to such a great club. It can’t have helped that large sections of the Arsenal “support” have been openly calling for his head (see video below) while the 67-year-old has been struggling with all the other various pressures.

Even some of the players have been speaking their mind about the volatile atmosphere at the North London club. Alex Iwobi has voiced his disappointment about the disrespect that some sections of the support have been showing to Wenger. The 20-year-old said: “He’s been at the club for 20 years, he’s achieved a lot, obviously [the fans] are a bit impatient with the results and where they want to finish. We also want to finish there; we want to win the league like anyone else. I can guarantee we are trying our hardest.”

The damning defeat to West Bromwich Albion, following on from another harrowing exit from the Champions League, was the final straw for a lot of Arsenal fans. The Gunners were heavily backed to get their season back on track at the Hawthorns by betting tips site Oddschecker. But the 3-1 defeat left Wenger’s side in a tenuous situation with a lot of work to do to break into the top four.

The “Wenger Out” banners can’t be helping matters, though, can they? It seems that some fans have forgotten that the season is not over, and Wenger still has a strong chance of securing Champions League football for yet another season next term. It is understandable that those that want him out wish to get their message across before he is offered a new contract, but even they must realise that this kind of behaviour is toxic. Fans act as a twelfth man in football matches now more than ever, and if half the supporters are not fully behind the team, this is going to affect the way they play on the pitch.

Now, let’s assess some other factors. As noted before on this site, Wenger leaving would throw the club into another period of uncertainty. The latest comparison to look at would obviously be Manchester United, who have struggled in the post-Sir Alex Ferguson era. But there have been plenty of other failed attempts to replace legendary managers in football history. Roy Hodgson replacing Rafa Benitez at Liverpool was an absolute disaster, and the man who went on to also go belly up as England manager only lasted 31 games in charge at Anfield. And what about when Brian Clough replaced Don Revie at Leeds United? There has even been a film made about how badly that affected the club.

While Arsenal fans complain, fans of once great clubs like Leeds would kill to be in the same position as the Gunners. It can’t be denied that supporters at the Emirates often take what they have for granted. It’s Wenger that brought this stability to North London. He has consistently delivered European football year in, year out, and also won his fair share of silverware. In the cutthroat world of England’s top flight, with a vast number of other teams able to challenge at the top, what Wenger has done with limited resources is impressive.

In recognition of the point of view from the Wenger-out brigade, yes it is fair to say that the Frenchman has clear weaknesses. His stubborn attitude has frequently riled Arsenal fans as he continues to remain frugal in transfer windows despite the club being in a good position financially. If he is to stay beyond this campaign, a compromise must be reached. Wenger needs to understand that in the current climate where the Manchester teams and Chelsea are spending vast riches every summer, Arsenal can no longer stick to the slow approach of prioritising nurturing bourgeoning talent.

When Arsenal finished paying off the Emirates Stadium, many people were hoping they’d see a turning of the tide. Wenger had done exceptionally well without having a lot of money to spend, and now the riches were available it was exciting to think how far he could take the team. The signings of Mesut Ozil and Alexis Sanchez were promising, and there is no doubt that Shkodran Mustafi will be a great asset in the future. The jury is still out on Granit Xhaka. Those are still only four big money acquisitions, though.

Fans want to see at least three big names coming in each summer, players that will add value to the squad and improve it. The most harrowing situation for Arsenal fans is seeing the rumours linking the club with the likes of Gonzalo Higuain (see video above), Karim Benzema and Luis Suarez, and then having Wenger bring in players like Danny Welbeck and Lucas Perez. Even the faithful supporters of the six-time FA Cup winning manager will agree that this is not good enough. Wenger will have to address this if he is still at the helm in the summer.

If Wenger gets a new contract, that should take some weight off his shoulders and allow him to focus on the job in hand. At that point in time, the people who want him out will have to quieten down as the decision will have already been made. Likewise, if the club do decide that his time is up, all fans should respect that choice and get behind the new man in charge. When the fans are united behind the team and manager, there is no doubt that the Gunners will perform better on the pitch.

But let’s not get ahead of ourselves here. Wenger still has a strong chance of winning yet another FA Cup, and getting back into the league’s top four. The season is far from over, and all fans need to get together to help the players finish the campaign on a high. Then, when it gets to the summer, we can talk about Wenger’s contract, as well as the Sanchez and Ozil issues. Everyone here is an Arsenal fan, so let’s rally and show how much we want our beloved team to succeed. Stop bickering and back the man in charge.