The big news today regarding Arsenal was the lengthy statement from Arsenal’s new number 10, Mesut Özil, in regards to the Germany national team, and how he has been treated since his photograph with Turkish president Recep Tayyip Erdoga at an event in London back in May.

I have to say after reading Mesut Özil’s statements, I didn’t realise the scale of the issue until today. I knew from various Arsenal sources that the photograph was causing problems in Germany but not to the extend of personal threats against him and his family. 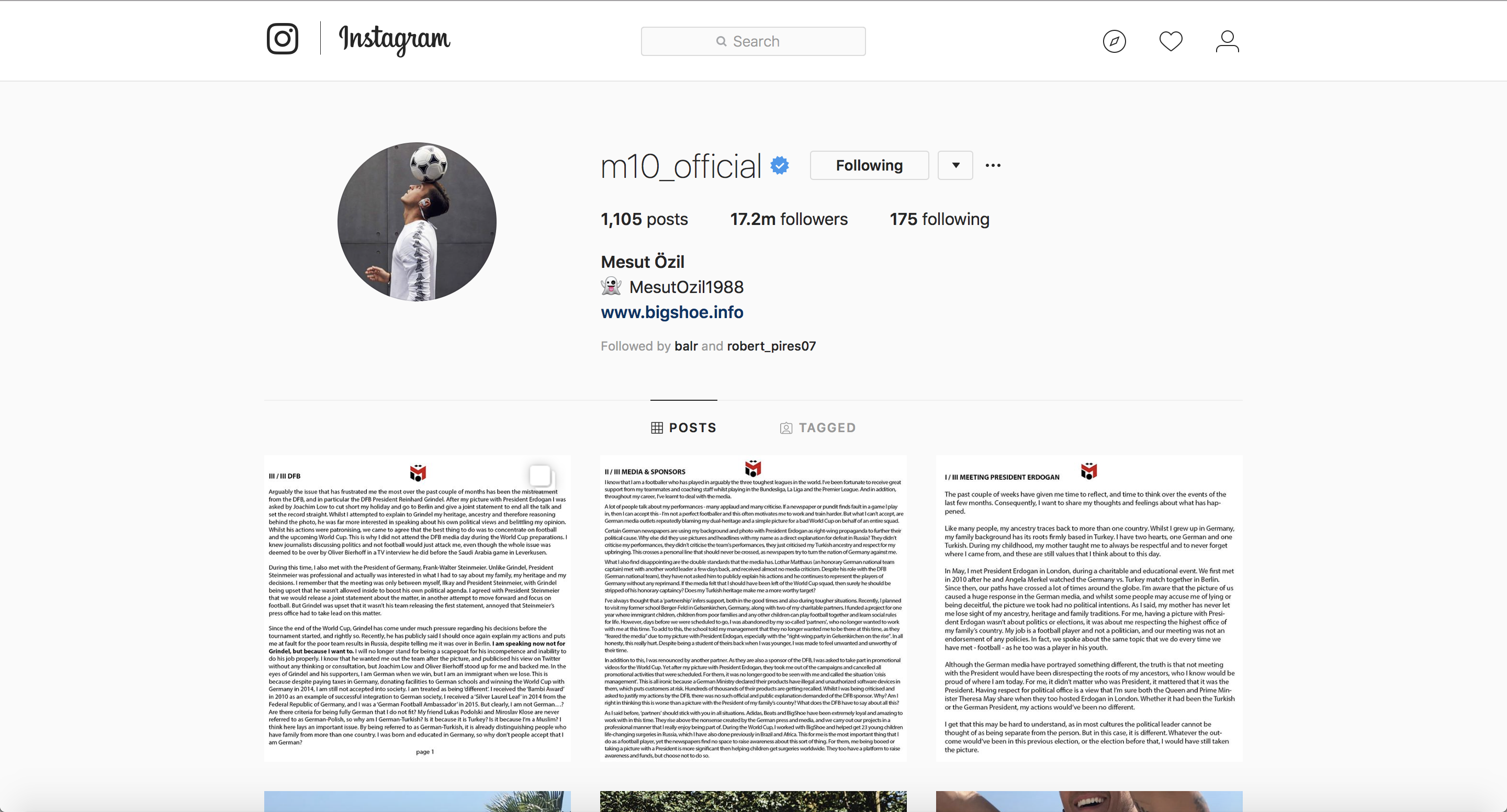 He talks about the disgraceful treatment he’s had and essentially the racist attacks he’s had to endure.

The abuse he’s been receiving is clearly unacceptable and a player who (well, I thought) was loved by Germany has had to retire at the age of 29 which is still young in todays game.

My thoughts on this? Well I don’t know enough about it all really. From the skim reading of the comments on social media the whole thing has clearly divided opinion between Germans, Turks and everyone representing in the left and right wing political parties. Politically, I have no idea if it was right or wrong because I don’t know enough about what the Turkish president is all about.

And from a footballing perspective, it’s hard to make a call. Should footballers get involved in politics? It’s certainly a new one as Özil’s case is about Germany and Turkey, so there is obviously conflict there. In England, we’ve seen the England squads line up for a photo opportunity with whoever was Prime Minister at the time and no-one batted an eye-lid, and although thats obviously in a different context it’s the only thing we can compare it to.

I don’t know. In a world where (some) footballers live for social media, the fact this photo happened doesn’t surprise me, but what does surprise me a little is that footballers have such large entourages surrounding them that someone (who certainly knows more about German politics that I do) didn’t tell Özil it might not be the best idea.

For Arsenal fans, you’re left wondering where this leaves us really. He no longer plays for the German national team and as a man who divides the Arsenal support, he will be under the limelight even more so now.

From the social media posts Arsenal send out of Mesut Özil and related topics, there is clearly a large Germany and Muslim fanbase who follow Özil and his performances at Arsenal. Will this be intensified further? Or will Arsenal fans rally round and support the young German?

The next few weeks will be interesting now as the focus was on Özil and the German national side, but now it will be firmly on Arsenal Football Club.

4 thoughts on “What Do Mesut Özil’s Germany Statements Mean For Arsenal?”