Before the game I predicted that Arsenal would lose 3-1.

Trust me, Arsenal will lose 3-1 to Liverpool.#LIVARS#LFCvAFC

It seems that prediction was somewhat optimistic.

There’s particular things you can be certain of in life – the sun rising in the morning, the birds singing in the trees – and Arsenal losing every time they go to Stamford Bridge, Old Trafford, Anfield or the Britannia Stadium.

After the disappointing performance against Stoke which once again showed us that an Arsene Wenger side doesn’t have any mental strength or fight for a realistic title challenge, we arrived at Anfield in a massive need of a positive result to put some confidence in the camp.

Yet we do what we do every single time we go to a top side. We inexplicably play wide open football.

Arsene Wenger, are you taking the piss?

You almost want Alexis Sanchez to leave because the Arsenal setup (as it has been for the last 12 years) is just shambolic.

We have Koscielny, Mustafi, Holding, Mertesacker and Chambers who are central defenders yet Arsene Wenger persists in playing Nacho Monreal in there. We have a right back at left back, and play Oxlade-Chamberlain as right wing back – a player who wants to leave the club and clearly doesn’t care!

The midfield is a joke with Ramsey and Xhaka who don’t know their head from their arse and are presumably told to just randomly wander around the pitch?

Alexis is sapped of any motivation, playing with a bunch of idiots who are told what to do by an even bigger idiot (that’s Arsene Wenger if you didn’t know). We have a decent squad yet for some reason, Arsene Wenger is playing the wrong players and playing them in wrong positions!

For all the hope, promises and bullshit fed to the Arsenal fans all summer, it’s the same old bollocks!

Arsene Wenger has lost the plot. After losing at Stoke, it would have made sense to keep it tight and hit Liverpool on the break? But Arsenal’s naivety in their setup meant that Liverpool picked us apart similar to Mayweather picking off McGregor a few hours earlier in the day. 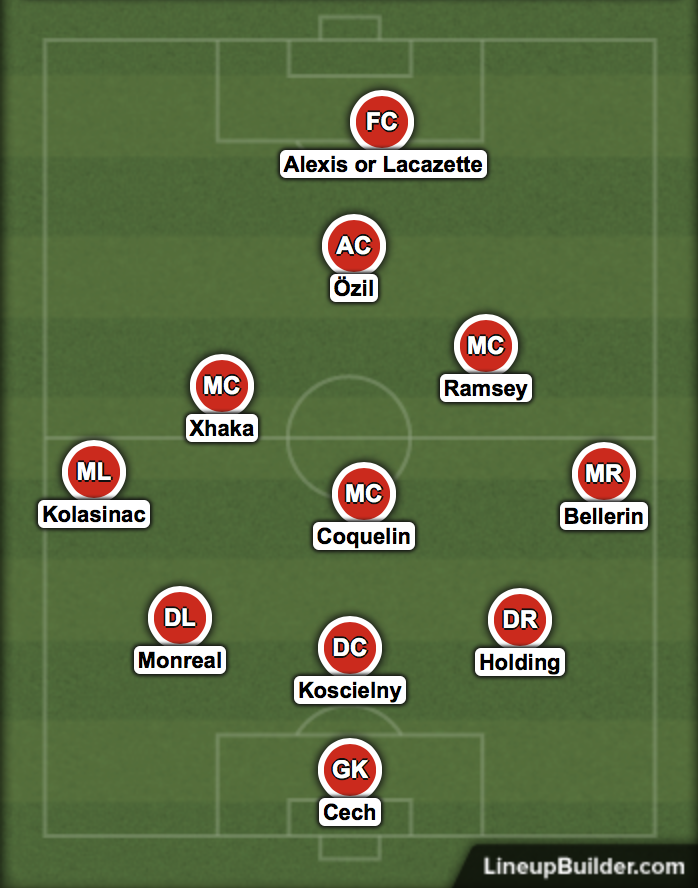 Seriously, is that so hard?!

Mesut Özil can’t (won’t) defend so why put him in midfield? The Ramsey / Xhaka combination is clueless and certainly need cover in the form of Coquelin.

Bellerin should never be asked to fill in on the left (would you play Roberto Carlos or Maldini on the right?) and if Nacho Monreal is definitely needed in the back three (instead of Mustafi’s transfer status) then use Kolasinac on the left – why the hell did we buy him just to sit on the bench? Playing Hector Bellerin over an actual left back is just fucking crazy!

What the hell is going on at Arsenal? Arsene Wenger has 100% lost his fucking mind.

What drugs is Arsene taking because I want to know what the hell he’s thinking.

It’s got to a stage where Arsenal are just conning the fans now. Ivan Gazidis, Arsene Wenger, the whole lot of them at Arsenal just spout shit. The same old rhetoric, the same old platitudes, the same old spin – just stop already.

Arsene Wenger is a huge legend for Arsenal Football Club but he has proved over the last 10 years that his ideas are tired, he’s stubborn and that he has no idea on how to move the club forward.

His USP was guaranteed Champions League football but now he can’t even ensure that – who knows where we’ll bloody end up this season.