The Arsenal side of 2003/2004 is quite rightly regarded as one of the greatest in Premier League and English League history – going through a 38 game season without losing a single match is something no other team has managed to do, and despite those with an agenda trying to make out they weren’t one of the best sides ever, there is no doubting that sides place in the history books.

How is this possible you ask? Consider the following points:

And finally to finish, we have to consider the strength of the league at in both of those seasons.

The fact of the matter is the Premier League in the 2001/2002 season was much tougher to win, as shown by the number of points gained by the Top 4 sides in those seasons. The gap between 1st and 2nd was only 7 points, and the difference between 1st and 4th was 16 points.

In The Invincibles season however, Arsenal won the league by 11 points and 4th place were were a massive 30 points behind!

So what are you thoughts on this topic? Do you agree? Leave your comments in the section below!

I was having a debate with a friend and fellow Arsenal supporter about who has been Arsenal’s best player over the last 10 years. Several names came up, and we agreed that the shortlist would include:

I argued that Alexis Sanchez was the best Arsenal player we’ve had in the last 10 years – simply because he the closest thing we’ve had to a world class player in that time. He scored goals that no-one else could score, his desire and determination was something else and his overall play was unreal – we talk about Messi and Ronaldo as players who are from another planet, but I tell you what, Alexis Sanchez’s level was close to those two.

He was that good.

My friend however said that the best player we’ve had in the last decade was Cesc Fabregas. He believed that in terms of having the most impact and doing most for the team, our former captain edges it.

Anyway, below are a couple of videos to look through, with the players best goals, skills, etc. so take a look at those first and once you’ve decided, cast your vote and thoughts below!

As everyone pays tribute to what a great person and manager Arsene Wenger was and still is, I thought I’d share my all time favourite Arsene Wenger video, made by Vladislav Zimagulov.

For me, it perfectly sums up the great man, and how he brought some of the greatest experiences I’ve witnessed with the club I love so much.

And for that, I will always be grateful.

What I will say is that I can’t actually believe it has happened. Not finally happened, but happened. I fully expected him to fulfil his contract and be here next season – and then I thought he would possibly leave. But todays news is massive.

I can’t believe this has happened. I’ve supported Arsenal since 1988 so have only ever known two (great) Arsenal managers. It is a massive surprise this has happened now and I’m not going to say anything negative as he has done so much for the club. And I sincerely hope that’s how he will be remembered from now until the end of the season. All the best, boss. 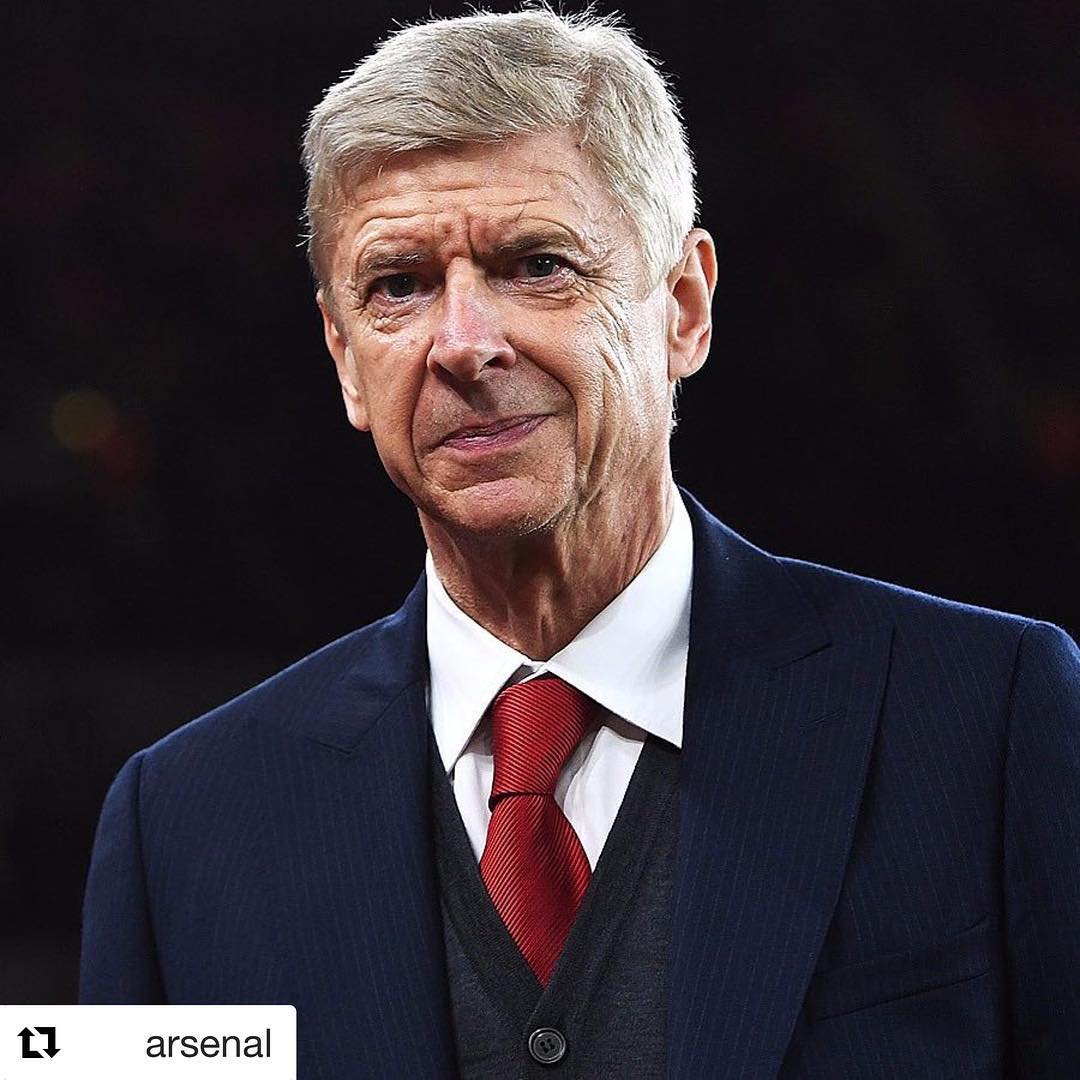 But The Guardian has posted an article on their website revealing that Arsene Wenger’s main motivation for announcing his departure today is because he thought there was a real threat that he might be sacked at the end of the season, so he ultimately decided that it was better to leave of his own accord rather than be pushed out the door.

And whose fault is that?

As Arsenal fans pay tribute to Arsene Wenger Day, celebrated with the hashtag #MerciArsene, it’s great to see fans, managers, former players and current players give loving messages to a man who wholly deserves them.

However, in all of this, the thing which is niggling me is the messages from current players.

Most of the current playing squad are paying tribute to a man they either don’t respect or don’t like, and are posting messages just for the likes.

It’s a disgrace and quite frankly all a big joke.

You profess your respect, admiration and love for a man who you couldn’t be arsed even trying for over the last 7 months? And you could say much longer for certain other players.

It just speaks of hypocrisy especially when you consider these messages are from people who have effectively got Arsene Wenger sacked.

Personally, it is an extremely sad day for me and I am really upset. Yes I knew this day would come but I’ve supported Arsenal since 1988 and only ever known two (great) managers. Arsene Wenger is a constant in an ever changing football world and he has dedicated his life to Arsenal.

All the best, boss.