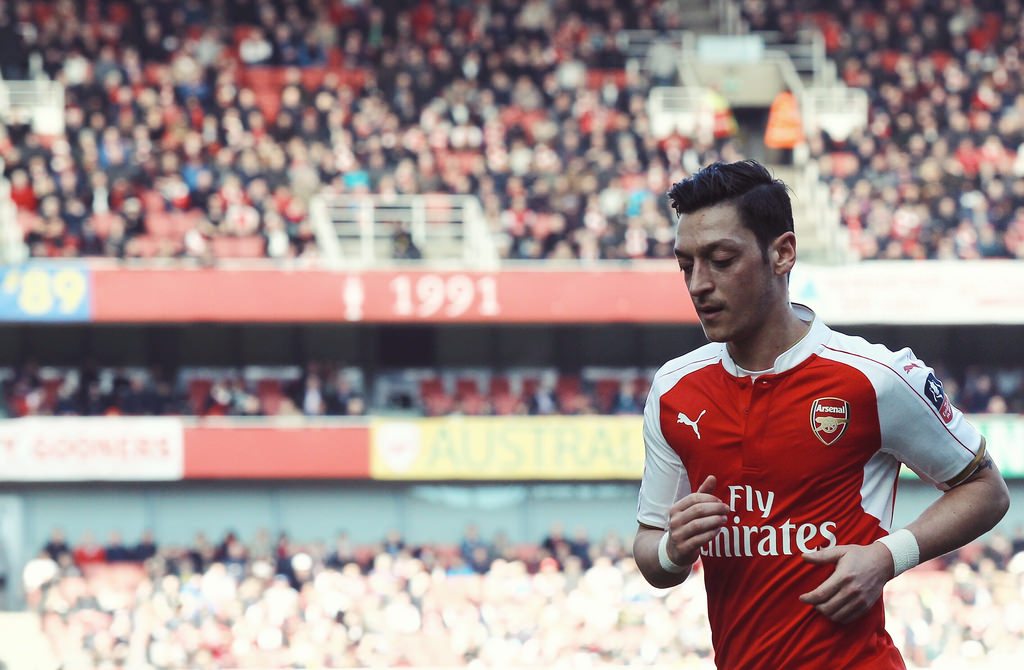 It’s been a good start to the season for Arsenal – we’re joint top of the league (only behind Manchester City on goal difference) and the team is playing well. We had a jittery game against Swansea at the weekend but generally speaking we’ve been very good.

Theo Walcott is on fire for Arsenal (I couldn’t care less if he isn’t performing for England), Mesut Özil is chipping in with the goals, Alexis Sanchez is a real team player who everything good goes through, Alex Iwobi looks like a real player and defensively (again, bar the Swansea match) we’ve looked excellent.

In midfield we still have Aaron Ramsey to come back, although Cazorla and Coquelin have looked brilliant. Xhaka is having mixed fortunes, scoring some real thunderbolts but then seeing red against at the weekend.

So at the moment, things are rosey at Arsenal.

The only real issues at the moment are the contract renewals of Mesut Özil and Alexis Sanchez – two of our best players.

While the Alexis Sanchez contract negotiations are being kept out of the spot light, issues are surfacing about Mesut Özil. Essentially, the two main sticking point are a wage increase and our ambition to win titles.

Now don’t get me wrong, he is a top quality player. And look, he’s a likeable guy – if you follow him on Twitter or Instagram, you see he loves playing for Arsenal and has a real connection with the fans. And I like him. But there is a real danger that this situation could get sticky at the very least.

We all know players want more money and football agents are the driving force behind this, that’s just the nature of the game as it stands at the moment. And while this is nothing new this has the potential to ruin Özil’s relationship with the Arsenal fans.

In terms of ambition, again this is another thing agents bring up to increase their players earnings. But the ambition argument for me is something which is going to cause a problem the further these talks go on.

Because while he’s been successful for Germany, in terms of club football his honours list is modest to say the least.

He’s played at the highest level for 10 seasons and won the German Cup with Werder Bremen (in 2 seasons), La Liga and the Copa del Rey in 3 seasons at Real Madrid and 2 FA Cups with Arsenal in 3 seasons.

So talking about Arsenal’s ambition is a little rich considering the titles he has won over his 10 years in football.

The long the contract talks go on the more it’s going to turn against Özil. Questioning the ambition of a club which has moved forward considerably in the last few seasons and is playing some excellent football isn’t always the best bargaining tool.

We’ll see what the next few weeks hold but hopefully, things won’t turn too ugly.