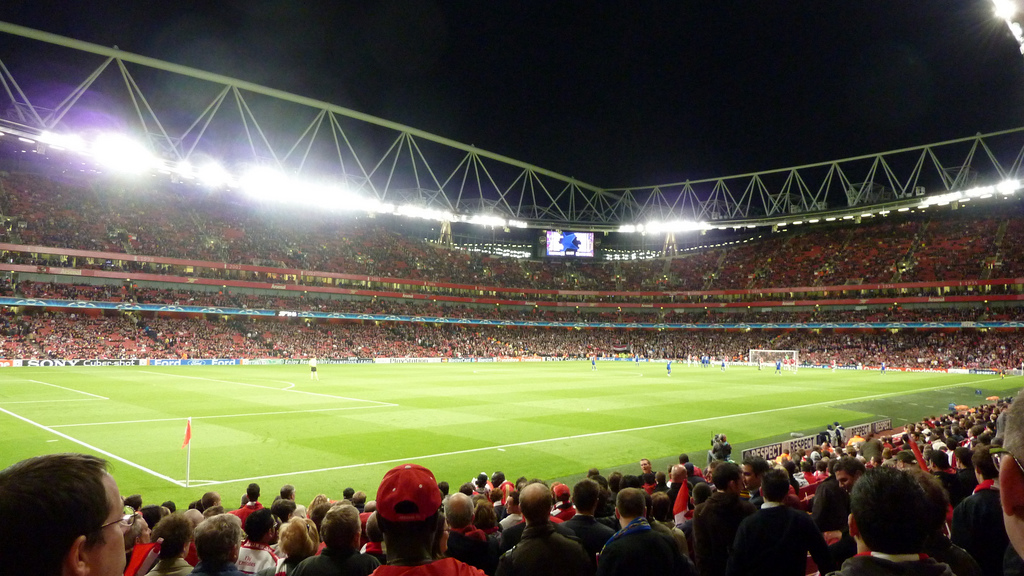 Arsenal’s Champions League dreams may be over for another year but the Gunners are still in contention for FA Cup glory and a spot in the top four; supporters shouldn’t be hitting the panic buttons just yet.

While some fans are ready to draw a curtain on Arsenal’s current campaign, the vast majority understand that victory over Lincoln City this weekend will give Arsene Wenger’s men a real chance to win the FA Cup this season.

The Gunners suffered another embarrassing 5-1 defeat to Bayern Munich earlier this week; their second heavy defeat to the German giants in the last month.

Wenger’s side must now turn their immediate attention to Lincoln; defeat to the National League outfit would signal the end of Wenger’s tenure at the Emirates Stadium. Just imagine how much criticism he will have to deal with if Arsenal slip up in that contest…

As of March 8th, Arsenal are fifth in the Premier League table – two points behind Liverpool, although the Gunners do have a game in hand on Jurgen Klopp’s side.

A ???? point gap at the top of the #PL table *could* be @ChelseaFC‘s later… pic.twitter.com/nHlAgBSNIi

A top-four finish isn’t out of the question just yet and Wenger will be quietly confident of securing Champions League football at the Emirates for the 21st year in a row. Even when Arsenal seem down and out, they always find a way to finish in the top four; and fans will expect the Gunners to dig deep in the coming months.

Will a fourth-placed finish suffice? Probably not. Arsenal fans are sick and tired of settling for Champions League football – the majority of supporters want the Gunners to challenge for silverware.

Wenger’s men last won the Premier League title back in 2004 and it would be fair to state that the Frenchman has struggled to build a championship-winning side since the likes of Patrick Vieira, Thierry Henry and Ashley Cole left the club.

Should Arsenal, currently priced at 10/3 to win the FA Cup for a record 13th time in Paddy Power odds, defeat Lincoln City, they will be involved in a Wembley semi-final and from there, anything is possible.

The uncertainty surrounding Alexis Sanchez and Mesut Ozil goes on but Arsenal have shown that they can win without these two men in the past and, with the utmost respect to fifth tier Lincoln, they shouldn’t have too many problems in that clash.

Wenger is under intense pressure right now and the Frenchman will be desperate to win the FA Cup in a last-ditch bid to save his job.

Fans are baying for blood after Arsenal’s latest setback in the Champions League but the Gunners boss deserves to see out the rest of the campaign at the very least. From there, the Arsenal hierarchy will have a difficult decision to make.

It is hard to be positive right now but Arsenal are still in contention for a top four finish and FA Cup glory. At the start of the campaign, fans wanted to challenge for the title but Chelsea have been by far and away the strongest team in the Premier League this year.

Keep the faith and hopefully, Wenger will deliver another FA Cup victory and a Champions League finish at the end of the season.